Dr. Glunz and his father would experiment together in a laboratory on the building’s third floor that was originally used for developing nonalcoholic flavors during prohibition. He has fond memories of making vanilla extract with a four-foot high, 12-inch diameter funnel, crushed vanilla beans, and grain alcohol. He jokingly admits that there was very little quality control, but their customers loved the real extract alternative to the then popular synthetic version. During their time in the lab, Dr. Glunz and his father talked of going into the chemical business one day and expected to start in the food industry.

After graduating from Loyola Academy in 1947, he continued to work for the Glunz Co. by driving a beer truck and joining the sales team. He also entered Loyola University, where he graduated with a bachelor’s degree in chemistry in 1951. In 1954, he graduated with his doctoral degree in organic chemistry from Notre Dame. There, he studied organoboron chemistry and taught freshman engineers as a lab instructor.

As he pursued his degrees, he was deferred from the draft. However, within months of graduating with his Ph.D., he received his draft notice. In January 1955, he joined the army as a private, but was classified Scientific & Professional Personnel. After eight weeks of basic training at Camp Chaffee in Arkansas, orders from the Pentagon sent him to the Army Chemical Center in Maryland. He worked there for two years researching toxic chemicals.

Dr. Glunz then enrolled in the University of Chicago’s business school. To further pursue his education, the army provided him a three month early release from duty and funding from the GI Bill.

At the same time, Dr. Glunz partnered with a Notre Dame and army colleague, Tony Verbiscar, to found the Regis Chemical Company. They built their laboratory on the second floor of a garage building across the street from the Glunz’s Wells Street business.  A true family business from the beginning, members like Uncle Joe Glunz (mechanical engineer) and Uncle John Stubing (professional pipe-fitter) crafted their first chemical reactor, condenser, and plumbing.

Verbiscar and Glunz’s vision was to make fine organics. So, they reached out to their Notre Dame contacts who were working in the industry to research what was in demand. By the end of 1956, they connected with Dr. Bernhard Witkop at the National Institute of Health (NIH). He advised that NIH was launching a big program researching psychopharmacology and that indole derivatives would be needed.

Regis listened, and in 1959 Regis’ first major contract was awarded from NIH’s new Psychopharmacology Service Center. Grantees needed many biomolecules, that were not commercially available, to study the chemistry of the central nervous system, and Regis was assigned many of them to synthesize.  Those molecules that were of general interest were added to the Regis Biochemical Catalog.

Throughout the next sixty years, Regis branched out into chromatography consumables, expanded its custom chemical and pharmaceutical capabilities, moved twice, changed its name to Regis Technologies, and became a completely family-owned entity.

Regis has a rich history and a promising future thanks to the vision, leadership, and entrepreneurial spirit of Dr. Louis J. Glunz III. We wish him a very happy birthday. 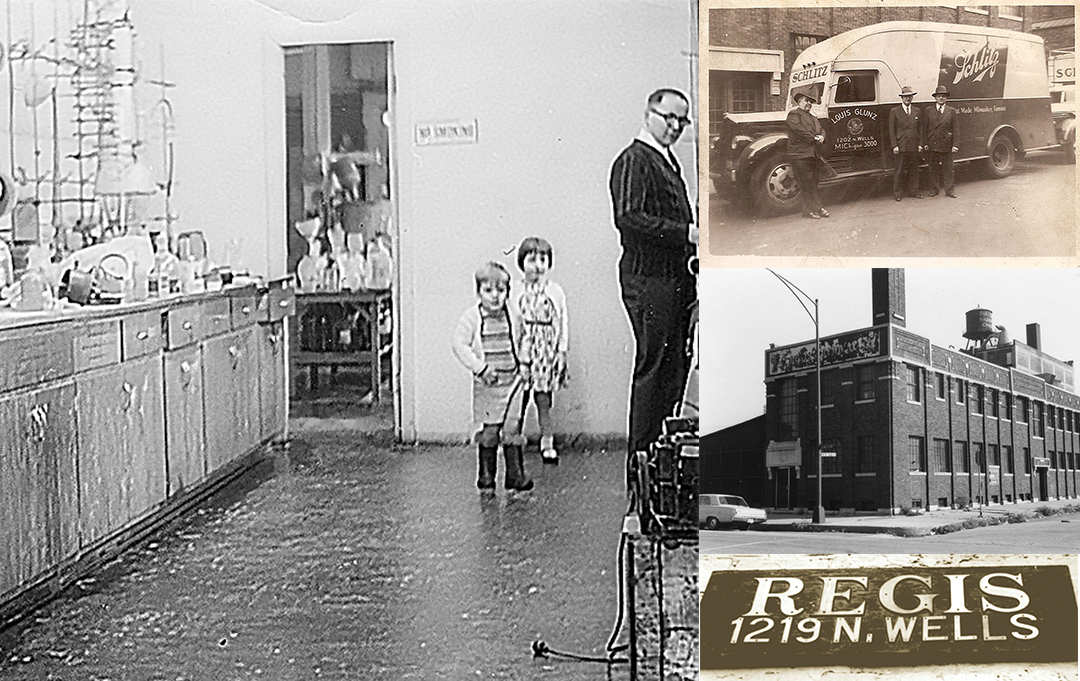