Congratulations to Nathaniel Kuffel for his promotion to Quality Control Chem II.

Nathan holds a Bachelor’s degree in analytical chemistry and Master’s of Science from DePaul University. He earned his Master’s in 2015 while simultaneously gaining industry experience as an intern and research assistant at Perkin Elmer.

Shortly after graduating with his Master’s, he joined Regis as a Quality Control Chem I. For the past three years, he has worked on Quality Control’s second shift team running samples for our production department, testing raw materials, and processing and reporting results to keep projects on time and to specification. In his new role, he will have an increased level of responsibility including releasing raw materials, reviewing final paperwork, and updating method documents.

His manager, Associate Director of Quality Control, Marvin Palu, remarked that Nathan is incredibly skilled and knowledgeable and that, “his knack for establishing linkages and strengthening his colleagues and internal customer relations showed his great potential in a role that will utilize his skills more.”

Nathan is originally from a close suburb of Madison, Wisconsin and was the first of his family to leave the area to pursue a college education. He appreciated DePaul’s curriculum to allow him to earn both his Bachelor’s and Master’s in less than six years. At DePaul, he awarded a graduate assistantship scholarship, providing financial assistance for his Master’s while volunteering his time as a teacher’s assistant. During his time there, he fell in love with Chicago and was happy to find a fit at Regis. Regis is proud to have Nathan on its team. 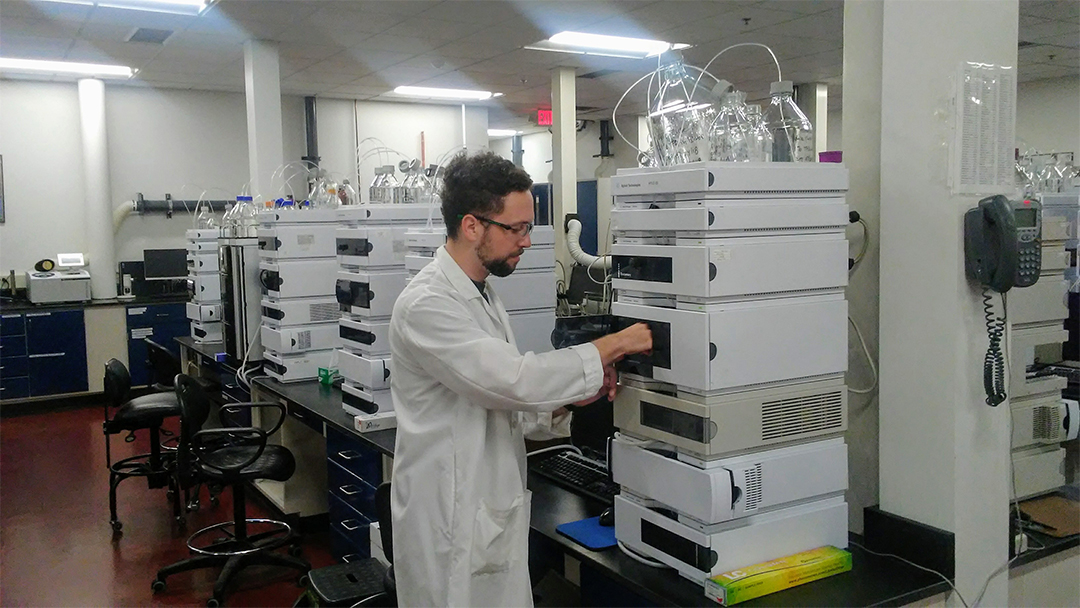